Bo3s are objects consisting of blocks that can spawn in your biomes. Similarly to Vanilla Minecraft structures and terrain objects they can represent trees, ores, dungeons, caves, rocks, lakes and much much more. Using the branch system, other BO3s can be attached to them, forming large structures. BO3s can also have NBT data attached to them to fill chests, furnaces, dispensers, and other Tile Entities. Additionally mobs and mob spawners can be generated inside a Bo3. The main .bo3 files are plaintext. Notepad++ is recommended when opening and editing them. Other useful tools are Bo3_BulkEdit (for editing multiple BO3's at once) and Bo3_Layouter (for creating branching structures made of BO3's).

OpenTerrainGenerator, TerrainControl and MCW use BO2 and BO3 files to add custom structures to the world such as trees, rocks and building. BO2's and BO3's can be placed as either CustomObjects (< 32x32 single BO3 file, commonly used for small things like trees and rocks) or as CustomStructures (Large structure made of multiple 16x16 BO3's that are glued together via branches, commonly used for large buildings, mountains etc).

Schematics created via WorldEdit or MCEdit can be converted to BO3's using OTGEdit or Bo3_BulkEdit. When converting to a BO3 a block can be specified as the center point.

The following basic tutorials on Bo3s are available:

The Settings in the BO3 Object Edit

The Bo3 configs contain the block settings and placement rules of the objects to be spawned in the world.

The files are located in the OpenTerrainGenerator/worlds/[world name]/Bo3 Objects folder. They can be arranged in any sort of folder structure.

Information regarding the Bo3 object.

Author of this world. When creating a new custom object the authors name can be placed here.

To be kept as version 3 to allow for version checks.

Normally, each time OTG reads the BO3 object, it also writes to it. With this setting you can change how OTG writes to this BO3. Possible modes:

This needs to be set to true to spawn the object in the Tree and Sapling resources.

The frequency of the BO3 from 1 to 200. This setting manages the number of attempts to spawn the object for each chunk hen using the CustomObject resource (Tree and CustomStructure have their own parameters, Sapling always tries to spawn exactly one tree). If you have very strict spawn conditions you might want to increase this.

The rarity of the BO3 from 0 to 100. Each spawn attempt has rarity% chance to succeed when using the CustomObject(...) resource.

The offset from the spawn height to spawn this BO3.
Example: SpawnHeight = highestSolidBlock, SpawnHeightOffset = 3; This object will spawn 3 blocks above the highest solid block

A random amount to offset the spawn location from the spawn offset height.

Example: SpawnHeightOffset = 3, SpawnHeightVariance = 3; This object will spawn 3 to 6 blocks above the original spot it would have spawned.

The minimum and maximum height limit for the BO3 to spawn. Inclusive.

The minimum and maximum height limit for the BO3 to spawn. Inclusive.

The style of extrusion you wish to use - BottomDown, TopUp, None (Default).

The blocks to extrude your BO3 through.

When spawned with the UseWorld or UseWorldAll keywords, this BO3 should NOT spawn in the following biomes.

If you don't use UseWorld or UseWorldAll to spawn this object, for example because you use CustomObject(thisObjectName) in the BiomeConfigs, this will have no effect.

The id of the block the BO3 should spawn in. Multiple ID's can be specified, therefore the object can be permitted to spawn in more than block type. Used in combination with the next setting.

A percentage of how much block of the BO3 can be outside the source block.

What to do when the BO3 should do when it is about to place a block on a location where there is no source block.

All the blocks used in the BO3 are listed here. Possible blocks are as follows.

Entity(0,1,0,Skeleton,4). Will spawn 4 skeletons that, by default, will not despawn.

Entity(0,1,0,Skeleton,Skeleton.text,1). This will search for the text file within the same directory as the object named skeleton.text and spawn 1 skeleton. Entity nbt data can be stored in a text file as opposed to an .nbt file.

The nbt data in the text file can be taken from any online summon command editor i.e. this one.

Example of the text found in the skeleton.text nbt file. This skeleton is wearing a leather helmet with a zero armor drop chance.

Here is a list of possible entities that can be spawned. These are case-insensitive and ignore underscores
so you can use any of the listed names.

To ensure entities spawn, it is best practice to place an air block in the same space as the entity. The way it would read in the block list would be:

MinecraftObject(x,y,z,name), spawns an object in the Mojang NBT structure format. For example, MinecraftObject(0,0,0,minecraft:igloo/igloo_bottom) spawns the bottom part of an igloo.

Require a condition at a certain location in order for the BO3 to be spawned.

You can use "Solid" as a BlockName for matching all solid blocks or "All" to match all blocks that aren't air.

Branches are objects that will spawn when this object spawns when it is used in the CustomStructure resource. Branches can also have branches, making complex structures possible.

Regular Branches spawn each branch with an independent chance of spawning. 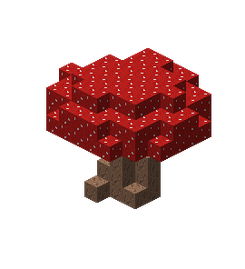 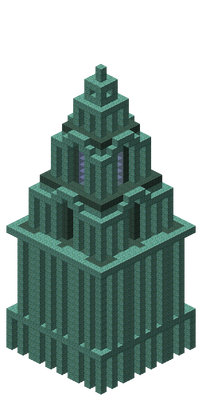 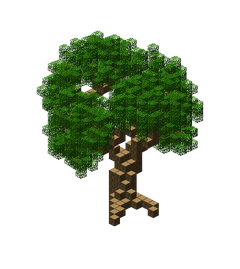 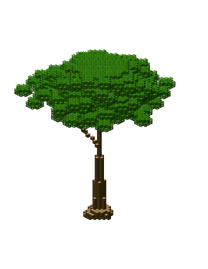 Add a photo to this gallery
Retrieved from "https://openterraingen.fandom.com/wiki/Bo3_Configs?oldid=1509"
Community content is available under CC-BY-SA unless otherwise noted.